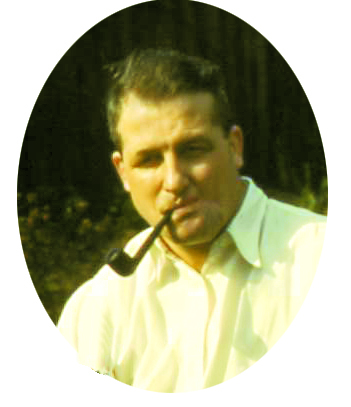 My Uncle Percy was at Dunkirk something I’ve only recently discovered as my cousin has unearthed his father’s ‘memoirs’.

My uncle joined the TA in 1939 and went to a camp with the RASC in Beaulieu in the New Forest in August 1939. He married on September 1st 1939 having had to bring forward the date. He was given one day’s leave. He was, we think, in the RASC 38 Troop Carry Company with BEF. The Royal Army Service Corps (RASC) was a corps of the British Army. It was responsible for land, coastal and lake transport; air despatch; supply of food, water, fuel, and general domestic stores such as clothing, furniture and stationery (but not ammunition and military and technical equipment, which were the responsibility of the Royal Army Ordnance Corps); administration of barracks; the Army Fire Service; and provision of staff clerks to headquarters units. Personnel of the RASC are trained to fight as infantry and RASC units are responsible for their own local defence.

Percy’s story follows. This account was written a long time after the war, a short memoir of his long life. It covers only maybe 10 or so pages in a notebook.

“Early in January we were sent over to France as part of the BEF. We landed at Cherbourg in bitterly cold weather and drove across northern France on heavy snow, sleeping often in the trucks, and the meals seem to have consisted of bully-beef stew and army biscuits most of the time, eventually going on into Belgium, then being caught up in the retreat to Dunkirk and on to the beaches. It must have been either Sunday or Monday 27th May. I eventually got off on the Friday 31st May, wading out to a boat (one of the Little Ships!) and eventually landed at Ramsgate, where I was able to send a card to Barbara, which she received the following week, after I had managed to phone. (My cousin tells me that Percy had his rifle taken from him at Ramsgate – there being a tremendous shortage of weapons). We were taken from Ramsgate by train to Chesterfield – which has a church with a crooked spire. We were there for a week to ten days – then went to Malvern where the unit was reformed.”

“After that we were stationed in various parts of the country for the next 4 years – East Anglia, Charlbury, Dorchester, back to Essex. Barbara managed to get down to most of these places staying in rooms in the local pub. Sometimes the whole unit would be together, at times it might be just half a dozen of us in the country somewhere. … June 1944 when came D Day we were in France at D+10 and when the troops finally broke out, went through across northern France again on the same route as in 1940. In fact to a small village called Ficheux. We went to see the same people we had met in ‘40. They dug up some bottles of wine to celebrate. We continued through Belgium and on to Holland, where near Eindhoven on the way up to Nijmegen (this was after the Arnhem business)  we were mortared. I was hit in the face, and a chap called Len Jones was wounded and died during the night. I was taken to an American first aid where we were. It was the following day I think I was taken by ambulance to Brussels where I was for about 14 days, then flown to England, to Hertford.”

He had been fortunate in many ways as he had only been wounded in the upper jaw, but had to have his face rebuilt.