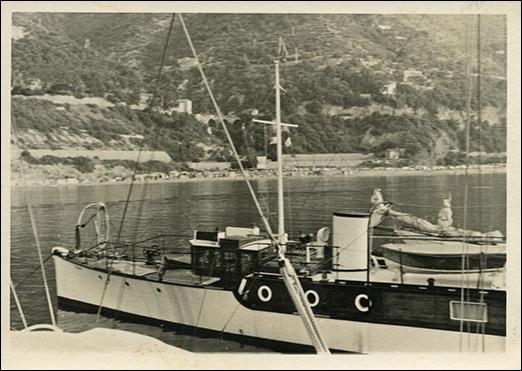 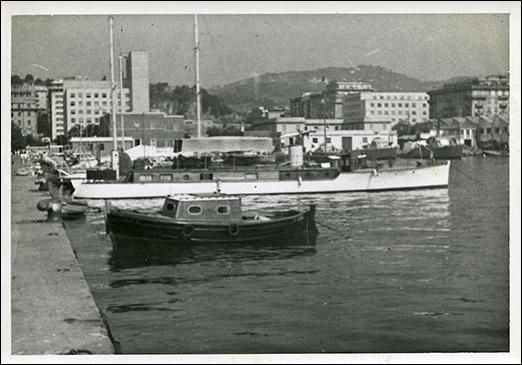 From 1962 to 1978 Glala was owned by R.F. Stuttle and based at Southampton on the River Hamble. This was her longest period of continuous ownership. In the summers of the late 1960s and the early ’70s she was in the Mediterranean, cruising the Italian Riviera.

These photos were supplied by Mrs M.W. Stuttle.

This is the earliest colour picture of the boat and it shows some of the post-war rebuilding. The cabin sides around the engine room, under the funnel, are original. Everything aft has been rebuilt. A frame to support an awning has been added over the main deck, it provided shade from the sun but was found to fill with water when it rained. 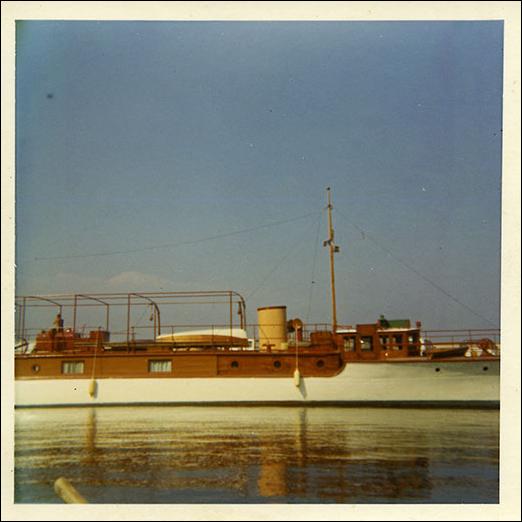