T.W. Simpson kept Grey Mist for about a year or so, but in 1922 she was back at Camper & Nicholsons and was actually owned by them. Between 1923 and 1928 she was owned by H.H. Maclean and her name reverted to the original Doris. There is some evidence that this was Henry Hugh Maclean whose Royal Navy career spanned both world wars, he was a Lieutenant-Commander in the RNR in the 1940s.

H.H. Maclean owned a number of yachts over the years and each one had a unique registered flag, all of them loosely based on the arms of the Maclean family. Doris’ flag was registered in 1924 and it remains unique to the vessel.

In 1929 she was owned by W.E Willson and was renamed Grey Mist (again!). By 1930 she was registered to W.G. Verdon-Smith CBE, later to be Sir William, chairman of the Bristol Aeroplane Company. Around 1931 her hull was clad in copper by Hillyards of Littlehampton.

She was briefly owned by Philip Shepherd in 1934 and then in 1935 she was bought by the millionaire brewer Lord Brocket of Mallaig (a rather sinister Nazi sympathiser) who named her Cupid and kept her on the West Coast of Scotland for a couple of seasons.

In 1936 the aviation pioneer Sir Alan Cobham decided that he should have a boat. Having been told that the best boats were to be found in Scotland he sent his wife, the former stage actress Gladys Lloyd, there to find one. She found Cupid lying at Greenock and, with the help of an Irishman named Sullivan, arranged to buy her for £900 (about £50,000 in today’s money, an extraordinary bargain even then). Sir Alan combined his wife’s name with his own and named the boat Glala. In his memoirs A Time to Fly, Sir Alan wrote;

“Early in May [1936] we set forth from Greenock to take her down to Itchenor. Sullivan and a mechanic were with me. Our voyage south started magnificently, the weather being perfect and the sea like the proverbial mill-pond. The day passed, and I went below to sleep, but was soon woken up by a lot of alarming noise, and found that the port engine had failed. The mechanic got it going again, but soon afterwards the starboard engine failed as well, and then the port engine once again; we just managed to limp into Milford Haven on practically no power at all.”

Sir Alan thought that Glala had been built for an expedition up the Amazon;

“We had great fun with her. She had been specially designed to be easy to get off any shore or sandbank on which she might run aground in those Amazonian waters…”

Many years later their son Michael visited Glala. In a letter written afterwards (1989) he recalls cruising in the Irish Sea; engine trouble and repairs at Milford Haven; the whole family living aboard for two months at Itchenor and a trip to Dartmouth where he saw the ‘J’ class yachts racing. He mentions that the 1980s interior was not as he remembered it, there used to be a lot of dark mahogany, but the wheelhouse was much the same and he says that there was no direct engine control, the helmsman communicated with the engine room through an impressive brass telegraph.

Sir Alan sold Glala to “a determined lady” for a small profit. Who she was is not recorded but in 1938 Glala was sold by Thomas Needham to AEC Ltd, an engineering company best known for their buses and lorries. 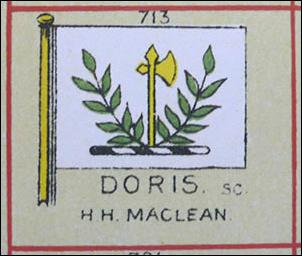 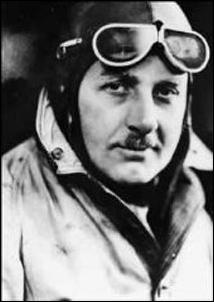 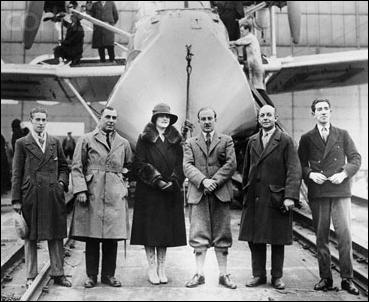