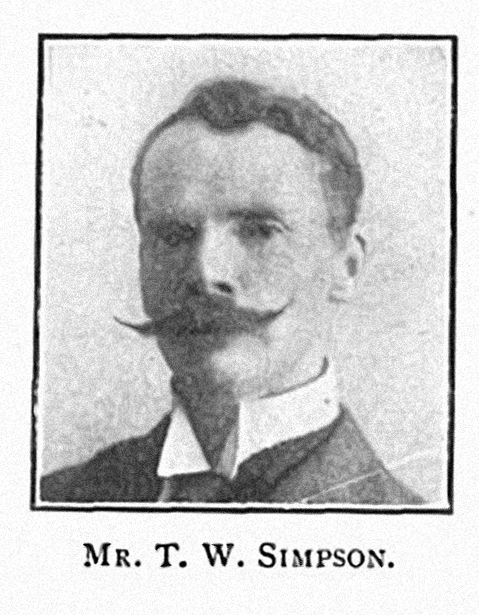 By 1921 Vessel No. 144471 was owned by Thomas Walter Simpson who lived in Poole, Dorset and had made a fortune out of the manufacture of margarine (he also created the famous gardens at Compton Acres). By this time the name had been changed twice; to Doris and then to Grey Mist. Under the heading ‘builder’ the entry now reads:

Camper & Nicholsons were, of course, one of the great yacht builders. The puzzle here is that the date of building has been changed from 1914 to 1915 – perhaps the launch at A.R. Luke’s had been delayed?

There is no doubt that the vessel was designed by A.R. Luke but over the years these entries in Lloyd’s Register have caused a lot of confusion. Who actually built her? Was she launched in 1914, 1915 or 1920? What happened between these dates? The Luke family have said that A.R. Luke’s records were destroyed in a fire. Camper & Nicholsons’ archivist has said that the vessel never had a yard number, indicating that she was not designed or built by them. But we can deduce a quite a lot from the records that exist.

Firstly, if she was registered in 1914 she must have been substantially complete even then (sometimes partially completed yachts were registered, but separately). Secondly, the register says “…completed, Camper & Nicholsons, 1920” but if the work had been significant she would have had a yard number. So, it is very likely that she was built and largely completed by Luke & Co. around 1914/15 and that Camper & Nicholsons’ “completion” in 1920 was a post-war modernisation that consisted mainly of modifications to the superstructure*.

So, the full story of these early years may never be known but the fragments we have suggest it must go something like this:

The vessel was built for Aaron de Anchorena. Possibly, he intended to take her to Argentina or perhaps he intended to do some more cruising around coastal Europe. Either way these plans would have been made impossible by the 1914-18 war. So Anchorena abandoned the project, which had been due for completion in 1914, leaving Luke & Co. with a yacht looking for an owner. They must have done a deal, the vessel would never reach the water as Pampa III.

After a delay, Luke & Co. completed their work in 1915 (which is why the date in the register changes) and gave her a new name, Doris (because no one else would have wanted a new boat called Pampa III). Then, perhaps towards the end of the war and certainly before 1920, they approached Camper & Nicholsons who bought her and added the wheelhouse. Camper & Nicholsons sold her to T.W. Simpson in 1921 with the name Grey Mist.

There is evidence that originally the vessel had an open cockpit and even now, just below the wheelhouse, there are two cockpit drains, not functional since this time. A rigging plan drawn by Camper & Nicholsons, probably in 1920, shows that the cockpit had been replaced with a low wheelhouse forward of the engine room.