Glala on her way to Dunkirk

Like many other vessels, Glala’s moment came during Operation Dynamo – the evacuation of Dunkirk. She was commanded by Sub-Lieutenant John Alexander Dow, who had joined the Clyde Division of the RNVR in 1938. Her crew also included Peter Magnus RNVR (see below), probably a midshipman at the time, who joined her on the way to Dunkirk at Ramsgate.

Glala set out for Dunkirk at 0800 on 31st May 1940 in company with the yachts Amulree and Caleta. She arrived in Dunkirk Roads at 1130 and towed two whalers full of soldiers to the requisitioned paddle steamer HMS Golden Eagle. She then sailed further up the coast and at La Panne Glala towed boats for the destroyers HMS Venomous and HMS Vivacious. 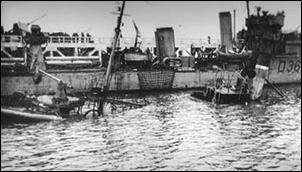 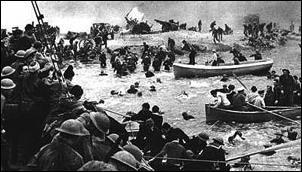 The beach at Bray Dunes

Off Bray Dunes, HMS Vivacious came under fire from German shore guns and suffered 15 casualties. According to the Naval Staff History;

“It was about this time, 2000, that the yacht Glagla [sic] (which was standing by to tow the boats of the Vivacious from the beach) found that her tiller wire was reduced to a single strand. Her Commanding Officer said, ‘The bombing and shelling which had been going on continuously, became intense. A Captain RN in yacht No.1 of the Solent Patrol (i.e. Captain Howson in the Ankh) ordered us to make for the open sea, and all the small craft followed him out'”.

Destroyers Vivacious and Venomous were damaged in the bombing. Sub-Lieutenant Dow, on Glala, reported a near miss in an air raid.

Glala was ordered to return to Ramsgate for repairs and from there she proceeded to Sheerness. Repairs done, she then returned to Ramsgate, arriving at 1845 on the 2nd June, and, two hours later, left for Dunkirk again. Early in the morning of the 3rd June her port engine failed and she was compelled to return to Sheerness.

We were recently filmed by Ipswich Maritime Trust talking about Glala’s experiences in Dunkirk. The short video can be seen here. Thanks for letting us share the video!

Peter served on the MTBs throughout the War and was based out of Lowestoft and Felixstowe. He received the DSC twice. I know that one time was because he went back to rescue the crew of one of the Flotilla that had been destroyed by enemy fire. The other one I do not know.

After the War, Peter took one of the MTBs out to India for  their Navy. Then went on to Singapore where he and my Mother lived for 11 years. He served in the Malayan RNVR. The base was called HMS Labernum, after the  Acacia class sloop that was scuttled during the fall of Singapore.

He served on board HMS Panglima and was involved in the anti bandit patrols in the Jahore River and Pengarang. During the 11 years in Singapore, his real job was with Guthrie’s Insurance company and later with Phoenix Insurance. When he wasn’t on MRNVR business, he spent as much time as he could sailing.

Phoenix moved Peter and his family to Sydney and we were there for 13 years. Peter joined the RANVR straight away and served with them until we were moved to Belgium in 1970. In Sydney we had a 48 foot motor cruiser.

During the 6 years in Belgium, he and I took a friend’s flat bottom canal boat across the channel twice. Once was in a Force 10! My Father had to get back to work!

After his retirement, he looked for a boat of his own. Reluctantly he gave away the idea of a yacht as age and willing crew members were a problem. He settled on a 30 foot cruiser who he named Panglima. He spent 4 months a year touring Europe on her until his health made it too difficult. He spent the last few years with the boat moored in a marina in the Camargue.

As you can see, Peter’s life was centred around boats. His father bought him his first dinghy when he was 7 and all their family holidays were spent on the Norfolk Broads. My grandfather was in the RN during WW1 and actually took the photo of the RN ship exploding in Halifax Harbour. I understand it was in the Times during the Centenary of the First World War.

Written by his daughter Nicki. 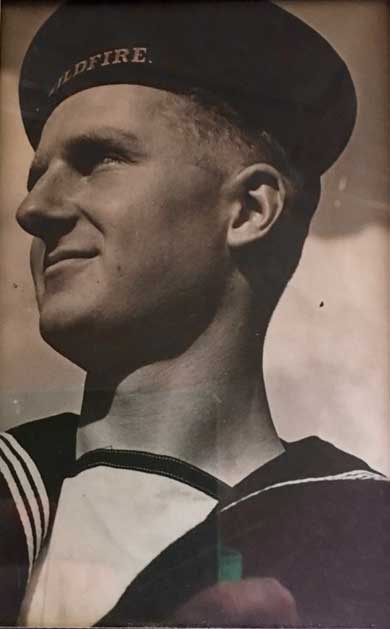 Wearing his HMS Wildfire cap. HMS Wildfire was a Royal Navy shore base at Sheerness, on the Isle of Sheppey in Kent, England. It closed in 1933 but with the threat of war was re-commissioned on the 16 February 1937. 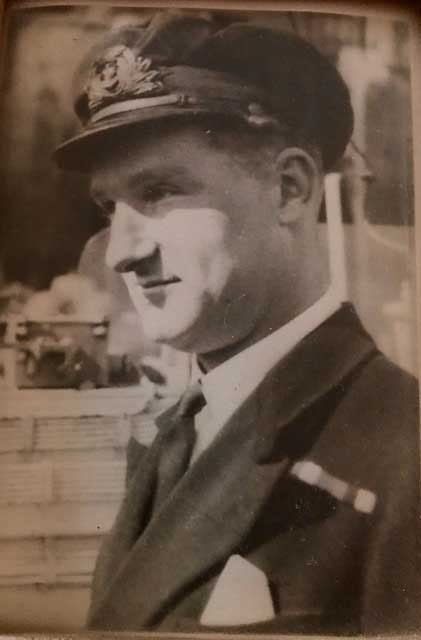