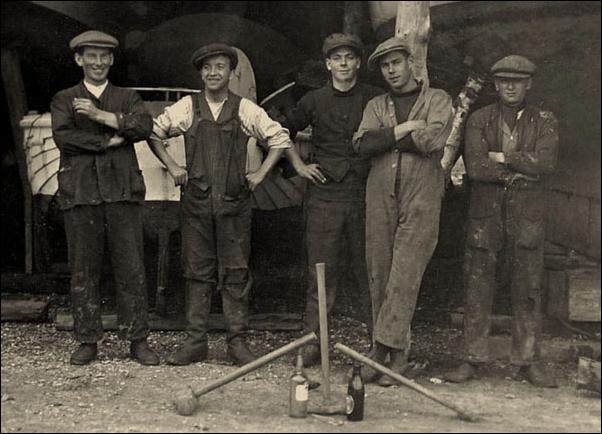 Shipwrights at Lukes Yard circa 1922 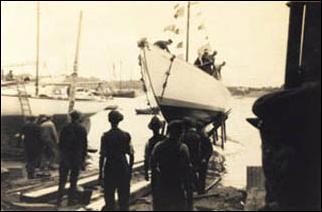 The story of Glala’s first few years has been a bit of a mystery, there were many changes of name and owner and the records are incomplete, it takes a little detective work to deduce what happened.

Lloyd’s Register of Yachts lists her as vessel No.144471 and she first appears in the 1914 edition. Under the heading ‘builder’ the entry reads:

The Luke family had been building boats from around 1820, first in Limehouse, London and then, after about 1860 on the River Hamble. By 1914 the yard was run by two brothers, A.R. Luke (Bert) did all the design.

The vessel’s name is given as Pampa III and the owner is Aaron de Anchorena. Anchorena came from a very wealthy Argentinian family, he was a diplomat and an early aviation pioneer. He already owned two yachts, a schooner called Pampa and a large steam yacht Pampa II. In 1909 he sailed Pampa across the Atlantic and was cruising on the coast of England.

Lloyd’s Register of Yachts was not published during the Great War and the vessel does not reappear until the 1921 edition.