An article in the August 1939 edition of the AEC Gazette shows that AEC had replaced Glala’s original paraffin engines with two of their oil engines and added a funnel. They appointed a skipper, R. Hill (who later joined the RNR and distinguished himself as Captain of the Saint class rescue tug HMS St. Mellons). AEC planned to use her to demonstrate their marine engines and to train Port of London Authority employees on the Thames. But their plans had to be put aside as Britain went to war. 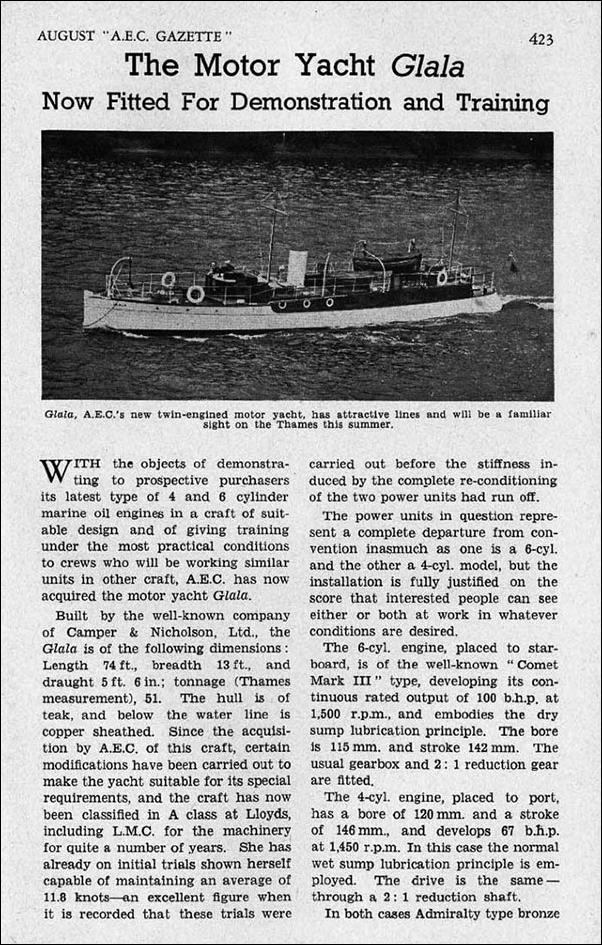 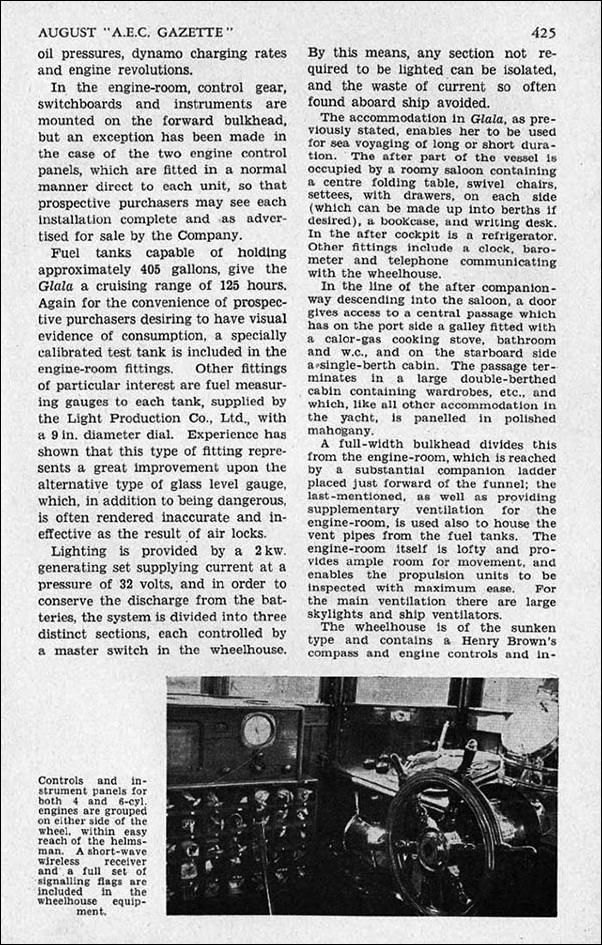 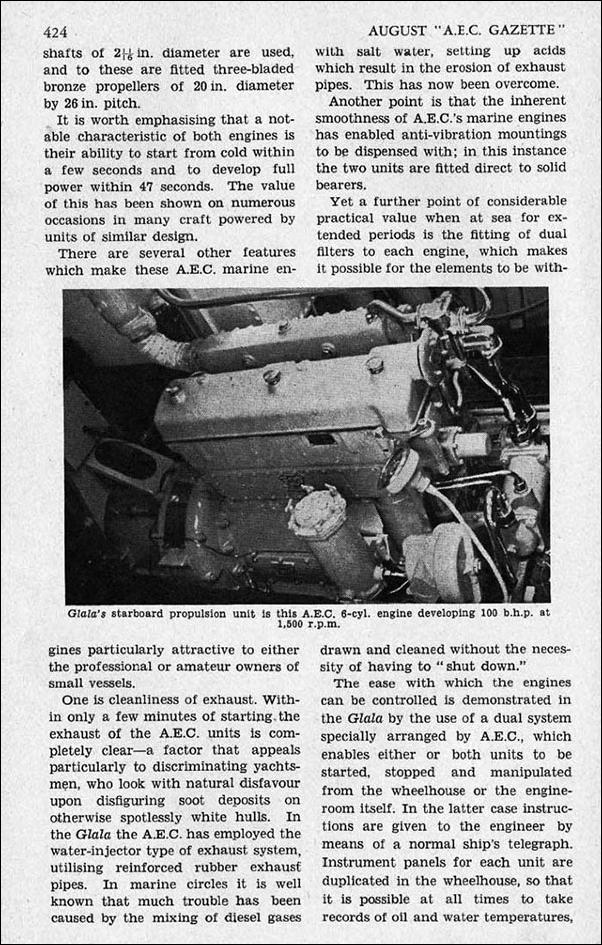 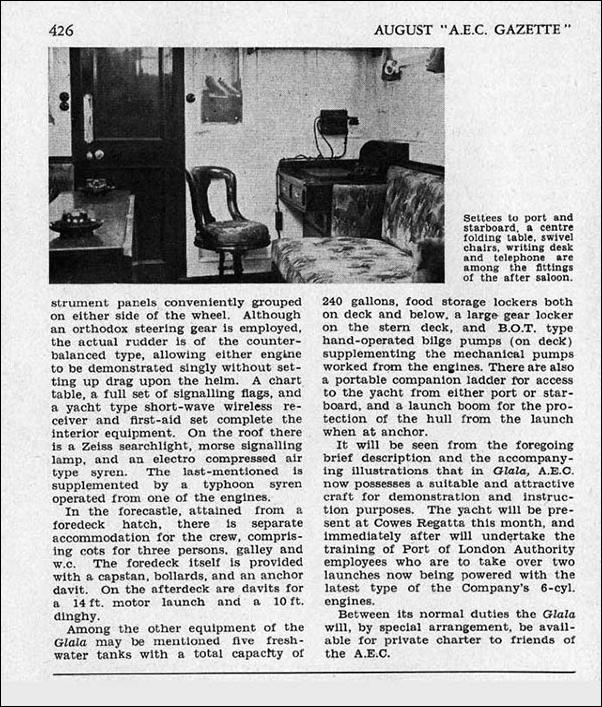