A little bit of digging… 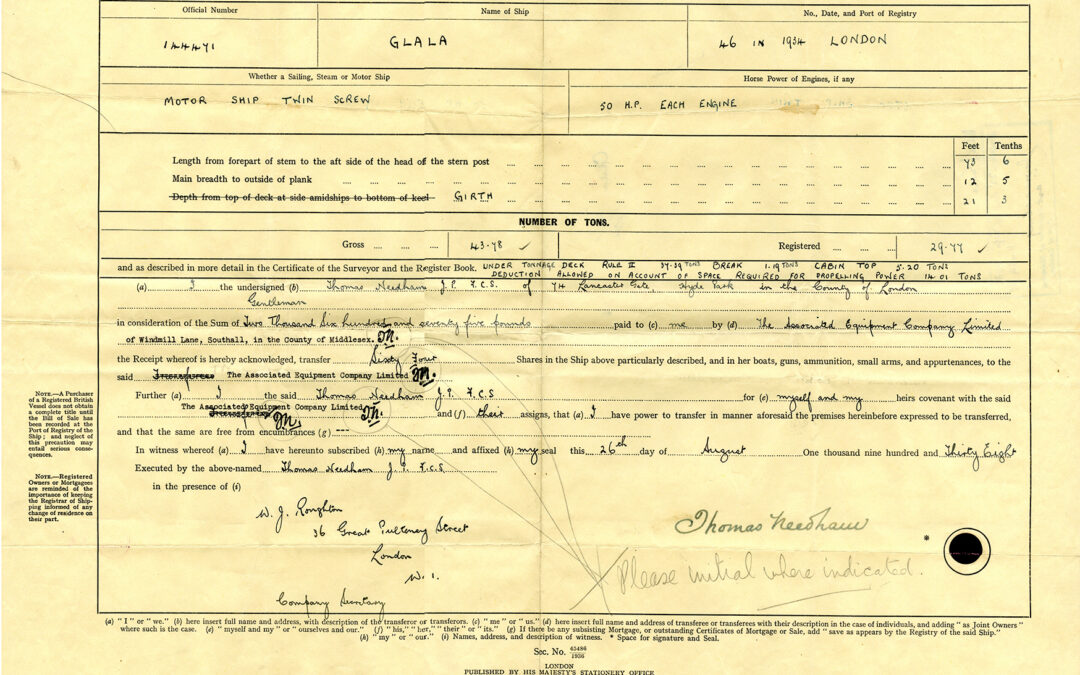 Researching the history of Glala I idly typed in the name into the National Archives. I’m sure I’ve done it before and nothing came up but this time up popped a note about Glala directing me to the British Motor Museum archive. I contacted the archive department at the BMM and – despite lockdown – the office was being manned once a week. They found the document and very kindly scanned it for me. It was the Bill of Sale for Glala from a Thomas Needham to AEC in 1938. Great for us to have a copy of a Bill of Sale – and a new story for BMM as they didn’t know that AEC had once owned a boat for the purposes of demonstrating their marine engines – and also for ‘jollys’ for the directors and friends!

“The power units in question represent a complete departure from convention inasmuch as one is a 6-cyl. and the other is a 3-cyl. model, but the installation is fully justified on the score that interested people can see either or both a work in whatever conditions desired.”  And further on: “It will be seen from the foregoing brief description and accompanying illustrations that in Glala AEC now possesses a suitable and attractive craft for demonstration and instruction purposes. The yacht will be present at Cowes Regatta this month, and immediately after will undertake the training of Port of London Authority employees who are to take over two launches now being powered with the latest type of the Company’s 6-cyl. engines.”

And no sooner than they had her on the water Glala was requistitioned by the Admiralty and by October 1939 was a Harbour Defence Patrol yacht in Sheerness! I wonder if she got any use by AEC?